SERVPRO Ft. Lauderdale North and SERVPRO of Plantation are here to help with these quick hurricane prep tips: 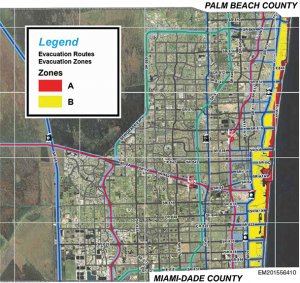 Know your area’s evacuation protocol; when to evacuate and where to go.

Plan to stay with family or friends outside of the hurricane evacuation zone, or make plans in a hotel. While hurricane shelters are an option, not all of them are equipped to shelter people with special care requirements, or pets.

Stock up on supplies ahead of time before stores are cleared out.

When a storm is named, stores are flooded with people trying to stock up last minute. Get a few supplies every time you go grocery shopping before a storm is on the way. This not only ensures you get everything you need, but also takes away the financial strain of having to pay for it all at once.

Review your policy coverage and make any changes as soon as possible.

Most insurance companies won’t let you make changes to your policy thirty days before or thirty days after a storm hits. Review your coverage at the beginning of storm season and make any changes you may need this year.

Back up important files and documents digitally, and/or in a safe location.

Water damage from hurricanes and other kinds of storm damage, like electrical or fire damage, are a huge threat to your files and other critical documents. Invest in waterproof storage for paper documents, or digitize what you can. Uploading digital files to the cloud makes it so that even if your computer fails, you still have access to those important documents.

Fix any issues that could worsen during a storm, like a leaky roof.

Last hurricane season, most of our calls at SERVPRO Ft. Lauderdale North and SERVPRO of Plantation were for water intrusion. Leaky roofs and windows were a huge contributor to this, and were worsened by the storm. It’s also a good idea to give your property a check-up for problems you don’t know are there. If you are unaware of water intrusion from a storm, it could lead to a potentially hazardous mold problem after the fact.

We here at SERVPRO Ft. Lauderdale North and SERVPRO of Plantation want you to stay safe this hurricane season, so be prepared. And while we hope you’ll never need to call us for an emergency, if you ever need us, we’ll be ready.